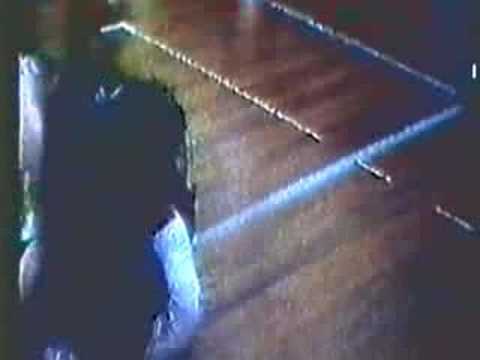 So, as you can imagine, as soon as the video became public it was considered as a controversial fight. The quality in not the best since it goes back to almost 30 years ago. There are so many rumors around this footage. Some say that this video isn't even the original and that the copy was modified by Leung Ting's wish, in order to cast shade upon William Cheung's reputation.
This event happened a long time ago, so in order to give you the most complete vision upon this story, we present you both versions: Cheung and Boztepe's. They are, of course, completely different. What we know for sure is that this event happened during one of William's seminars in Koln, Germany in the early 90ties. We already know what happenned next thanks to the video, but what really happenned?
Let's start with both versions.

What we state here is a resumee of William Cheung's interview in which he speaks also about this incident. You can find the complete interview here or you can just read the short version down below.
Furthermore, he says that before the seminar some people from Wing Chun Serbia had warned him that Emin was coming to the seminar with other 20 people of his.
However, even if he knew about what was about to happen, he didn't want any fight or big rumors. That's because the german government was very strict with people without a proper working Visa. As if it wasn't enough, he stated that before the seminar he had a suspicious interview. He was asked to wear a pair of cheap Kung Fu slippers for the photoshoot. William is sure that the interviewer was nothing more than another accomplice of Leung Ting, the mind behind this project as he says.

Highlights on the "fight"

First of all he doesn't refer to the incident as to a fight.
Cheung remembers that Emin came to his seminar and challenged him to a fight. William says that he told him to wait till the end of the seminar and that he would accept the challenge as soon as he would have finished the lesson. Emin didn't wanted to wait till the end and insisted. William underlines the fact that Emin attacked him from behind while he wasn't looking. Due to the fact that he was wearing those cheap shoes, he almost immediately fall on the floor after he blocked his punch. While William was falling he already did a headlock to Emin so they both fell on the floor.

After they finished on the floor Emin striked at least nine punches to his opponent's face. But William says that none of them actually hit him since he blocked them all. Some moments later Emin would get up and run away frustrated. Cheung says that due to the fact that he had no scratch on himself, he just got up and continued his seminar.

Cheung underlines how all that happenned was just a Leung Ting's evil attemp to ruin his reputation. And that's not all. To prove his opponent's unrighteous actions he also reminds two actions that Leung Ting would have done.
Firstly, that he once ended up in prison for having beaten his pregnant girlfriend.
Secondly, that he also sent some people to beat up Emin after he had a fight with William Cheung.
However, there are many proofs that approve the first violent act, but almost none regarding the second.

Unfortunately, from what we know Emin Boztepe didn't publicly express himself on this topic. However, many people and innstructors who know Emin personally and professionally have. They all describe him as a very moral man who would never attack from behind.
A very good friend of his testimonied that Emin went there to challenge him prior to William Cheung's press release. Just after the death of Yip Man and Bruce Lee William would have stated that he was the only Yip Man's student to know the true system.
From there the name of his lineage: Traditional Wing Chun. William Cheung publicly said that Yip Man passed the true system to only one choosen among thousands of students, and that that would be him. Along to this statement he also added that he was a complete fighter ready to prove wrong to any doubter by accepting any challenge at anytime.

Nowadays there are so many proofs that say the contrary and hardly anybpdy seems to believe that story anymore. If you want some interesting insights of the story, you can check this testimony.

But back to us.
Emin wanted to proof publicly the truth about William Cheung's (lack of) skills, so he would have insisted to fight William immediately. He didn't accept to fight later after the seminar because he feared that he would go away without fighting.
To exculpate his famous immoral attack from behind, Emin said that that's coudn't be further away from the truth. He states that he would have counted aloud to 10 before attacking him. William C. would have invented that excuse as soon as he would have seen the footage where the first "challenging" part is missing.

So, where lies the truth?

The two versions are so different and there are so many backround rumors that everything and nothing could be considered to be the truth.
Many years have passed and actually both William Cheung and Leung Ting do not have the best reputation in the Wing Chun world. There are many backround politics that keep remaining hidden.
Probably, only who was present that day at the seminar would be an attendible testimony to this event.

As always, if you are searching for a martial arts school near your home or you are a martial arts passionate, listen to this:
We have created a School Finder which gives you all the information about any martial art school style near you. Give it a try and let us know how can we help you, we would be glad to do so.

DocNo
2020-03-03 07:22:02
Master William Cheung is my Wing Chun "Sifu" in the late seventies. Bruce Lee was also attacked at the airport and got injured but sent all five assailants to the hospital while he suffered a broken rib. In a real fight who gets the first punch usually loses due to the physical and psychological effect, especially if it was a planned ambush. Leung Ting knew that William Cheung's grappling skill was limited and Emin was an MMS fighter with expertise in grappling. As you can see in this video Emin wrestled William down onto the ground. I have also studied the Brazilian Jujitsu and it's like knowing how to swim or not; thus, you'll drown if you don't. Nevertheless, the question is why didn't Leung Ting attack William himself?
Reply

Dean Marshall
2021-01-17 20:02:16
Everyone loves to leave out how after Emin attacked William Cheung like a dishonorable coward. Cheungs undefeated student Master Keith Mazza Publicly challenged Emin to a million dollar fight. Emin refused claiming to have retired from competition. Emin is nothing more then a coward hiding behind suprize attacks. I spot on the ground he walks on.
Reply

avatvila
2021-01-22 21:58:58
From what I've heard from multiple sources present at the time, Boztepe's version is true. After this tour through Germany, Cheung was supposed to come to Yugoslavia in a matter of days. But he didn't show up... Then people heard what happened and made a conclusion that he was actually pretty roughly beaten at that seminar in Cologne, it would be very wrong to see a "grandmaster" that blue...
Reply

Mike Adams
2021-06-20 01:21:45
This was a major embarrassment the whole Ving Tsun world. Two Masters , William Cheung and Leung Ting behaving like spoiled children. The most important question is not who won the fight, but rather, where was William Cheung's disciples protecting their Grandmaster?
Reply A Chinese man fights on subway in Tai Chi style

Bruce Lee and the Master that he couldn't defeat

Nobody can beat these Shaolin Masters

When Referees Lose Their Cool